Last year the Krumbiegel hall was demolished. It was a lecture hall used by Gustav Hermann Krumbiegel, the eminent superintendent of Lalbagh. The handsome colonial building that was witness to numerous lectures and session on gardening and Botany was razed to the ground. Though the 100 year old structure was a heritage building, yet it was pulled down- No laws to protect it you see. However Lalbagh is dotted with plenty of such structures. Before they too bite the dust here is a brief overview of some of them.

This structure near Siddapura Gate of Lalbagh is a structure of 1893 constructed during the time of John Cameron. The cylindrical shaped structure, 15 feet high has holes all around it for pigeons. Around 100 pairs of pigeons can dwell here. The Pigeon House also has a watchman’s quarters within. 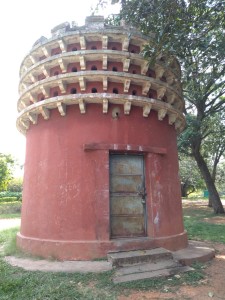 This beautiful guard room near the West Gate of Lalbagh was once part of Diwan P.N Krishnamurthy’s House. When his house was getting dismantled the then Director of Horticulture- H.C Jayaraya got it here sometime in 1940’s. The granite structure, shaped like a lantern with glass windows all around it, is beautiful sight when lit. It glows like a lantern in the dark. 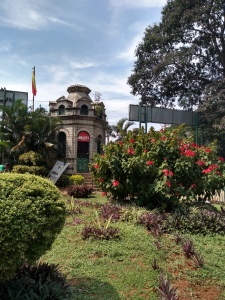 This building was constructed in 1920 when G.H Krumbiegel was the Superintendent of Lalbagh. He wanted to set up a college of Horticulture here with a library,museum,lecture rooms etc. This dream however did not come true. Today the building contains the offices of Directorate of Horticulture. 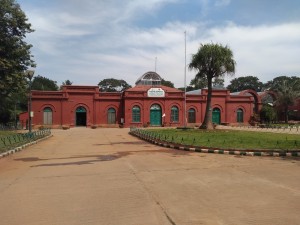 This colonial building was the house of Superintendent of Garden. The structure exists from 1839. When Lalbagh was under the Agricultural Horticultural society,  secretary William Munro mentions expenses incurred for construction of a house for Superintendent of Lalbagh. This structure had a number of rooms like drawing room,store rooms,halls etc. Today it houses the Lalbagh Library.

The Glass House, Band Stand, Aquarium building, Deer Paddock are other structures. The Deer Paddock was a tiled free standing structure that once sheltered deer. The Band Stand once used to hold flower shows before the construction of Glass House. The Victorian styled Band stand existed prior to 1870. The Glass House got constructed during the times of John Cameron and its foundation stone was laid by Prince of Wales in 1889. The construction was done by MacFarlane and Company, Glasgow. They were also responsible for designing the Cameron Gate of Lalbagh sometime in 1891. 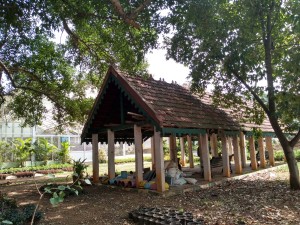 The next time you visit Lalbagh do spare these heritage structures a glance. They form a valuable part of history. Do join our Lalbagh Walks if you wish to know more.